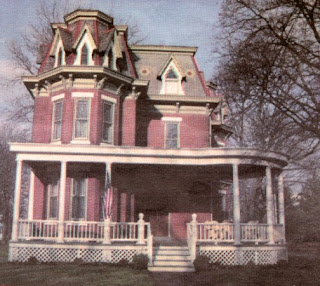 Oakhurst is a lovely victorian style home that was renovated in the Colonial Revival style in the 1920s (affecting mostly the front and side porches).

It is located at 100 West Broadway in Salem, New Jersey, in the same block as the great Salem Oak. The house is privately owned (by Laura and Barry Fite) who have been restoring the home for several years, and continue to do so.

Special elements of this house include its slate tiles, mansard roof, and ornate soffit details. Inside, much of its original wordwork remains.

The house was built in 1884 for Mr. and Mrs. Joseph Bassett. Joseph's biography and family information can be found below. The original owners probably only lived in the house until 1892 when Joseph, a druggist, died.

If you are a member of, or are interested in, the Bassett family, please visit the Bassett Family Association web site.http://www.bassettbranches.org/index.shtml
Posted by JB at 6:17 PM No comments: 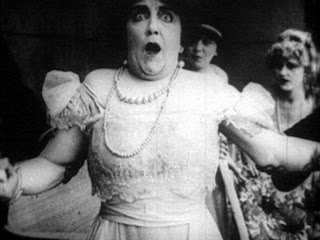 An $8.8 million reduction from the $34 million Parks Management General Fund is anticipated.Some parks and historic places are going to be closed completely.

New Jersey's Great Northwest Skyland's website states: "Not only do the planned closures seem to fly in the face of any judicious financial planning, they seem to confict with years of open space acquistion and preservation policy. Proponents of the controversial Highlands Preservation Legislation have looked to increased recreatioinal use of natural resources in Northern New Jersey as a sustainable force in the region’s economic future. The budget proposals come in response to New Jersey’s dire fiscal crisis. Perhaps the real problem is that New Jersey citizens have for too long been paying salaries, pensions, and benefits that support an entirely inept and unaccountable system of state management. [many comments at that web site you may want to read].

Meanwhile, the $8.7 million cuts called for in the Dept. of Environmental Protection's Parks & Forestry Division will not only result in closure of some state historic sites, but will also significantly affect the Historic Preservation Office. Currently, the State provides just enough funding to match the annual federal appropriation for mandated programs such as the National Register of Historic Places, Section 106 review and historic rehab tax credit project reviews, and the the CLG pass through grants to local preservation commissions. It appears the HPO will no longer have review of environmental permits that are not mandated by the federal government.

What can you do??

1. Contact Governor Corzine via the Office of The Governor-NJ Web site and let him know what you think about all of this! 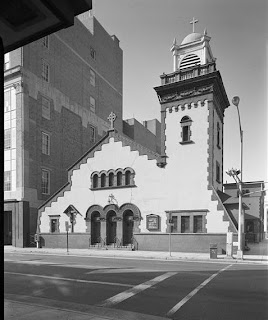 The Church of the Ascension is located at 1601 Pacific Avenue (at the corner of Kentucky Avenue) in Atlantic City, Atlantic County, New Jersey.

This congregation organized in 1879 and incorporated as a parish in 1881. Initial construction of this church building was begun in 1893 and completed in 1900. Rev. J. Hardenbrook Townsend was rector of the church during its erection.

This unusual church's construction system includes materials such as stucco, terra cotta and brick. It was built in the Romanesque Style. This church was listed on the historic register on 24 July 1986.

This photograph is from the HABS Survey, located at American Memory, The Library of Congress.
Posted by JB at 7:23 PM No comments: 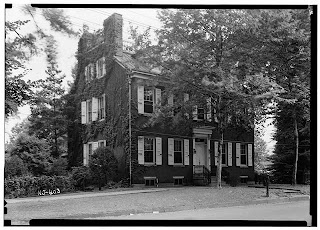 Located at 343 Kings Highway in Haddonfield, New Jersey, "Greenfield Hall" was built in 1841 by John Gill (the elder, or II). It's foundation is of stone with brick exterior walls, inside brick chimneys and a pitch roof with captain's walk. John Gill resided here until his death in 1838.

During the American Revolution, the Hessian army passed through Haddonfield, and the Hessian general made this home his overnight headquarters (with his troops encamped near Hopkins Road). This property remained in the Gill family until 1914, when it was owned by several families.

When W.P. Hallinger owned it, he called it "The Boxwoods." Today it is owned by the Haddonfield Historical Society and it serves as a museum furnished with period furniture, needlework, tools, costumes, etc.

Much has been written about this building. It is listed on the National Historic Register. 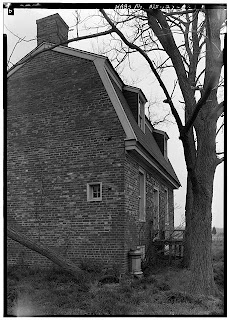 The Oakford House was built about 1736 in Alloway, Salem County, New Jersey by William Oakford. The foundation is stone, with exterior walls of red and blue mottle brick. William Oakford was the grandson of Wade Oakford, one of the original settlers of Fenwick Colony.

The initials of the builder are on the east elevation, "W.M.O. 1736," standing for William and Mary Oakford. This was the customary practice in the Fenwick Colony. The intial of the husband was placed on the left and that of the wife on the right. This house is one of the few of its kind left in Salem County.

The lower floor is one large room with two fireplaces. The upper story has three small bedrooms; a lean-to was originally attached to the house, but was torn down.

When the British army invaded Salem County during the American Revolution, a number of refugees fled to this house to escape them. The dwelling was situated in a grove of trees, a part of the original forest. According to tradition, these refugees buried their gold and treasure in the cellar of the house and in the woods.

From this incident has come the story of the "Alloway Ghost," supposedly a continental soldier guarding the buried treasure of the refugees. Reportedly any attempt to dig in the cellar of the Oakford House has been foiled by the appearance of the ghost.

From: American Memory: HABS, with references to "History of Fenwicks Colony," by Thoumas Shourds, and "The Old Houses of Salem County," by J.S. Sickler. Jack E. Boucher, photorapher.
Posted by JB at 6:06 AM No comments: 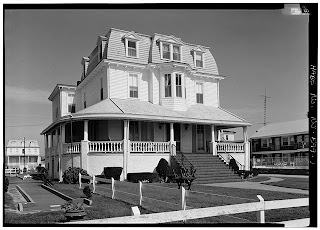 Stockton Manor was built in 1872, in the Italianate style, complete with mansard roof.

The architect was Stephen Decatur Button, who created it for "Baltimore industrialist," Henry
Tatham. In 1974 the Greotsch family opened this home as a victorian-style inn.

Labels: Cape May, Cape May County The Gibbon House is located in Greenwich, Cumberland County, New Jersey. It was built about 1730 by Leonard Gibbon and is a two and one-half brick house.

The plaque on the gable of the south elevation bears the date 1730. It was occupied by Nicholas Gibbon from 1730 to 1740, and then he moved to what is known as the Alexander Grant House in Salem NJ. The bricks are laid in checker pattern.

The red bricks are said to be imported from England, and the lighter colored ones were made from clay found on the grounds where the house sits.

Additional data and drawings of the house can be found at "American Memory." The house is open to the public during posted months and hours.
Posted by JB at 3:34 PM No comments:

I write about history, and sometimes genealogy in "South Jersey" focusing on its architecture and people.

Things To Do and See